POSM 360 presents a truly enhanced point of view in digital video that makes detecting cracks and defects in a pipeline easier than ever. 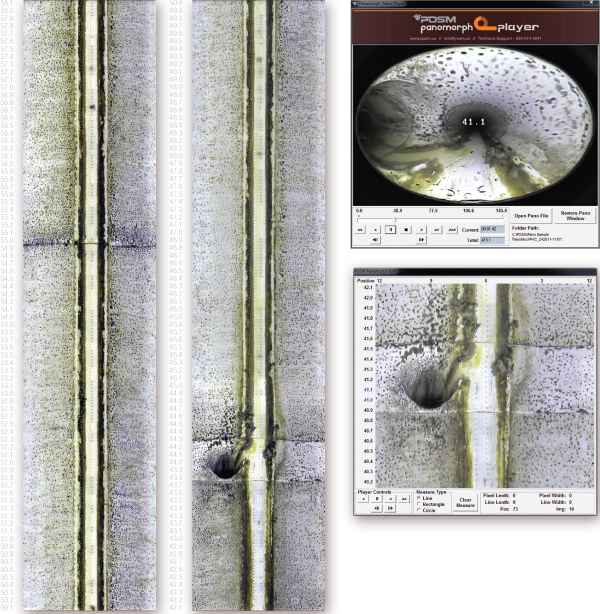 POSM 360 was formerly referred to as POSM Panomorph. The name was changed because the product now supports more than the panomorphic lensed cameras.